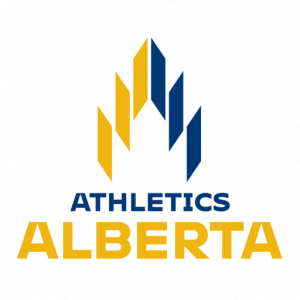 It was an exciting weekend in Edmonton for the Senior Distance Group coached by Christine and Trent.

First up was Megan who asked if she could run a 60m for the first time in competition. We do work on pure speed in practice so we let her enter. Obviously as this was her first 60m she set her own PB in the heats. We were all happy to see her make the final! In the final she PB’d again and placed 6th in her heat. She finished 17th in the province.  Megan then went on to run the 4 X 200 relay later in the day. On Sunday Megan ran the 300 with a PB, placing 6th and the 600 just off her PB. She finished off the weekend with a 4 X 400 relay earning a team bronze medal. Great running Megan.

Jonah and Lauren decided to make the trip for one day of racing. They both ran the 1000m. Jonah, PB’d with a time of 2:35.85 and kicked the last 100m to try and catch his old Dino Buddy Liam. Lauren came close to her PB from pre covid and ran a 3:08:74. She ran all the laps of her race consistently and was happy to be back to solid running and racing. They both ran a 4 X 800 to finish off their day.

The two Kates ran next. They both ran the 1500 and 3000. Kate Hos competing in the U18 category ran a 10:16.98 (PB) and a 4:45.91. She placed 2nd in both events behind her team mate but these times were fast enough to have her ranked as Number 3 in the country. Kate Ukrainetz, ran for the last time for this season as a Dino… She improved her 3K time by over 15 seconds (10:46.01) finally breaking that 11 Minute barrier.  This was truly a break through race for her. She followed up the next day with a PB in her 1500. It was exciting to see her passing people throughout the race.

As you can see it was a great weekend for our group and we are all now looking forward to achieving our outdoor goals and breaking our PB’s again … Excellent effort everyone.

The power speed group (coached by Kim Cousins, Paul Sze, Alister McQueen and Paula Mckenzie) had a spectacular weekend.  There were many personal bests, medalists and Provincial Champions.  We also had two Canadian Records. Congratulations to Everyone! Simply Awesome!