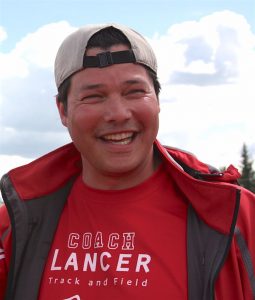 Paul Sze was a club (Wirral AC) and college athlete (specializing in javelin) in the UK where he completed a degree in Physical Education at De Montfort University.

Paul’s track and field coaching experience begun in a Kings Houghton Middle school (Junior High) north of London, England. As Head Coach of Track and Field, he organized sports days for the whole school and coached young athletes in all events. From there he moved to Canada in 2005 where he took over the role of Head Coach at Dr EP Scarlett from Stuart Holton (2007). As Head Coach for Dr E.P. Scarlett, Paul’s Track and Field teams have won the Team aggregate City Championships for 10 years in a row and reached provincial A.S.A.A finals on numerous occasions. Paul has coached numerous provincial high school gold/silver and bronze medalists. In the 2008/2009 season he was involved on the High School Track and Field Provincial Organizing Committee. In summer of 2009 he was involved in the Legion Camp hosted in Calgary as a Javelin throws Specialist. More recently Paul has joined Caltaf as a specialist throws coach.

Paul says “Since I first began coaching, it has been a pleasure to coach athletes, help them realize their potential and to give back to a sport that has given me so much.”