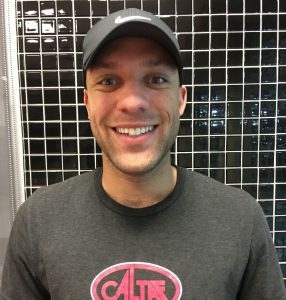 Joel Senick is the speed and power coach with the Caltaf Athletics Junior Development group. He has been with the club since the 2017-2018 season.

Before joining Caltaf, Joel spent four seasons coaching with Riversdale Athletics in Saskatoon, Saskatchewan. He led the club’s senior sprints, jumps and hurdles training group for two of those seasons.

Joel’s first coaching position was at Los Altos High School in California. For one season he served as an assistant coach and led the school’s long-sprints training group.

As an athlete, Joel was a 400m-focused sprinter who competed for five seasons with Boston University in the NCAA.