So tradition continued on August 15th as the Caltaf grads of 2020 showed up at Glenmore Track in all their graduation attire. The track never had such a bevy of beautiful girls and handsome young men (they really do clean up well!). In the past as each school had their grads a few athlete would rush down to the track to get their picture on the one place they had trained for the past few years every evening. This year, with the covid situation, we were able to get all our grads on the track on the same day… It was fantastic

From the track everyone got back in their cars and headed off to the Elbow Springs Golf Course for the official grad dinner and more photos. The athletes wandered outside and took photos of themselves with the beautiful greenery and flowers. At 6PM, dinner was served followed by the formal part of the evening. Christine first acknowledged the three Moms who worked hard to put this evening together for the athletes of Caltaf, Jennifer McFadyen, Kim Marion and Victoria Morgan. They were each presented with a small thank you gift. She then went on to wish all the graduates well in their future plans. The athletes then took over as each athlete was asked to create a short speech about a teammate. This was fantastic as we learned a little bit of extra information about each of our graduates. There were only grads this year from Juerg’s and Christine’s groups, who were both also thanked in a speech by an athlete from each of their groups. These speeches were then followed by a little Kahoot trivia… We were surprised to hear that Juerg was a ballroom dancer in his childhood! Christine turned 16 in Paris competing for Quebec in the 800 and 1500m!

With the dinner complete the athletes headed out for the after grad party. How quickly they removed their beautiful clothes and reverted to the athletes that we all know… Jeans, tshirts and spandex. Thanks to the McFadyen family for hosting the overnight camping party.

Juerg, Trent and Christine just wanted to once again congratulate the athletes and thank their parents for such wonderful athletes that they have had the chance to work with. They are looking for some great results from their university endeavours and wish them well… 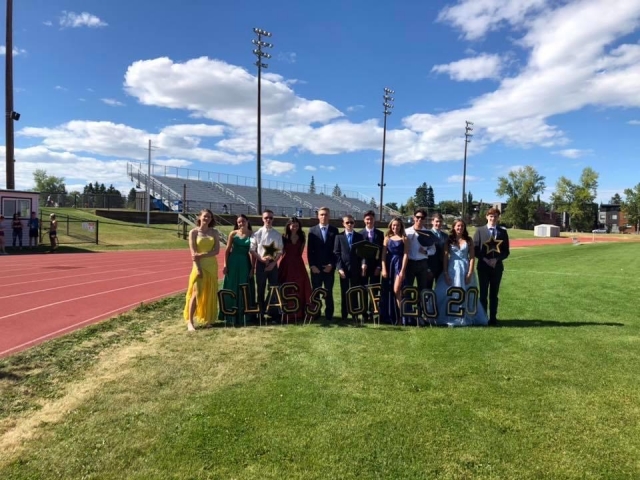 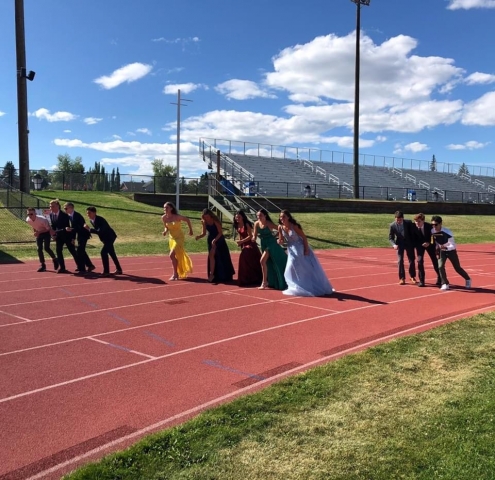 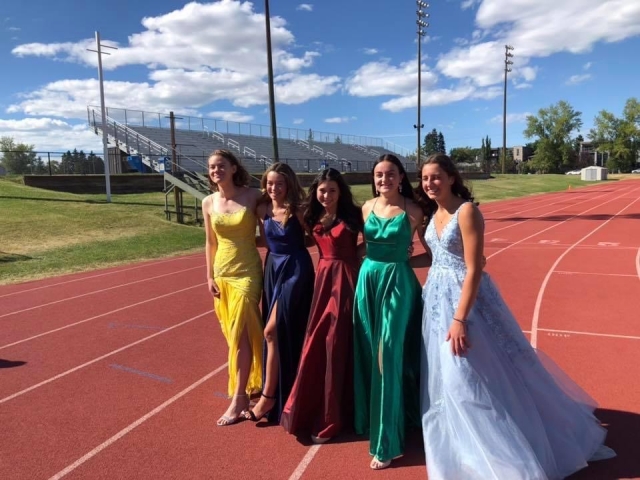 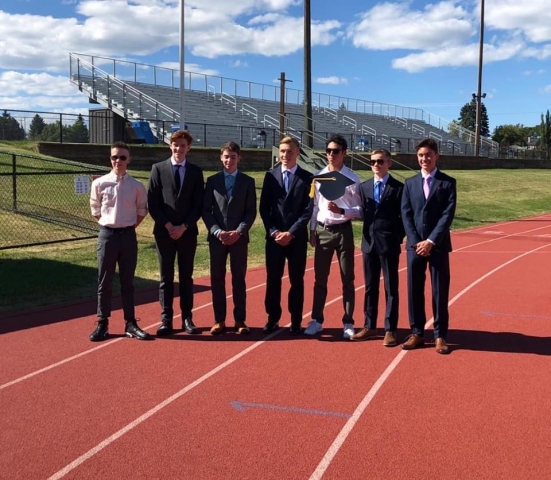